Your summer staycation just got sweeter: George's Island is open to the public

Hop on the Harbour Queen for one of the best views of the waterfront and only a few snakes. 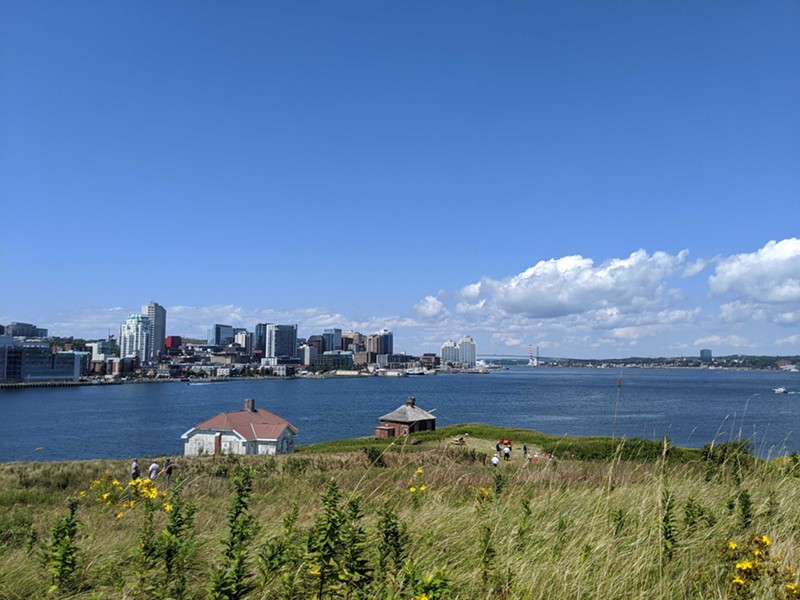 The wait is over for all those who've stood on Halifax's Harbourwalk staring longingly at Georges Island grumbling to yourself 'I can't believe I missed that Joel Plaskett concert.'

For five weekends starting August 7 and 8 the Georges Island National Historic site will be open to the public, and all who can afford the boat ride to the island and are able bodied are welcome.

The island, which is like a smaller and less fancy Citadel Hill has old buildings and cannon guns, tunnels and interpretative tours and the best view of Halifax's harbour you've ever seen.

Its opening comes on the heels of the wharf construction completion, which is big enough to receive and dock Ambassatour's Gray Line AKA Murphy's On The Water's Harbour Queen boat, which will take visitors to and from the waterfront.

The Parks Canada side of things is still getting up and running, and will continue to adapt as time (and COVID) carries on. It plans to commemorate the military history of the island as well as its role in the Deportation of the Acadians who were sent to the island to stay in detention camps.

The military buildings and equipment has mostly been around since the 1860s, and the island was under either French or British control until 1906 when the Canadain Military took over. The island is home to one of the largest guns on the east coast—ready to fire 300lb cannons—but it and none of the other military equipment was ever used.

Theresa Dunbury, external relations manager of Parks Canada Nova Scotia says that there is indeed a population of melanistic snakes on the island, but that "they hide, as snakes do. They are not poisonous, they are fine."


The tickets include Parks Canada admission and the fee for the boat ride and can be purchased at www.visitgeorgesisland.com. Adult tickets are about $20 plus tax, seniors $17.59, youth and Parks Canada discovery pass holders $10.54. Tickets are sold out for opening weekend but some are still left for later weekends.

The first boat leaving from Halifax's waterfront takes off at noon on Saturday and Sunday with the last takes off at 4pm. The final boat back from the island departs at 5:10pm.

The boat nor island is wheelchair accessible and pets are not permitted.