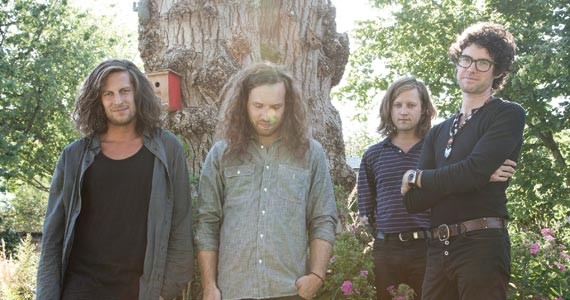 As the main songwriter for BC's Yukon Blonde, Jeff Innes has had a whirlwind career since the band hit it big with their 2010 self-titled album. They've travelled through the western hemisphere, hosted a New Year's Eve concert in Australia and have been awkwardly name dropped on How I Met Your Mother.

But after non-stop travelling for almost two years, Innes needed to take a break and "blow off some steam."

That's when he decided to begin Fucking Tigers.

Don't worry. Fucking Tigers is just the name of the electronic side-project Innes began in 2011 as a way to experiment outside of the rock parametres of Yukon Blonde.

"When I joined this band I was originally in an electronic band that started when I was 18 or 19 years old," he says. "I was always really into electronic music. That was kind of my first love."

Innes drew inspiration from the electronic acts he grew up listening to, like Aphex Twin, Air and Autechre, to create the backbone of Fucking Tigers.

But when it came time for Yukon Blonde to record a new album, he came to the group with two demos he'd been working on: a straight-ahead rock record, and his "fast, punk, electronica" side project. At the insistence of newly minted bassist John Jeffrey, Innes and the group decided to focus on the electro tracks.

The album became Tiger Talk, 10 songs of thrashing pop that has the band stepping out of their polished sound with distorted solos and grainy synthesizers, which Innes says is in part a response to critics and fans commenting on Yukon Blonde's overtly clean sounds.

"We tried to get a very hi-fi sound without it sounding polished, which is a very fine balance," says Innes. "We broke out of our comfort zone compared to where we were."