Zac Crouse lets his paddle be his guide

Inspired by the death of a good friend, the local singer-songwriter tours his debut solo record by kayak. 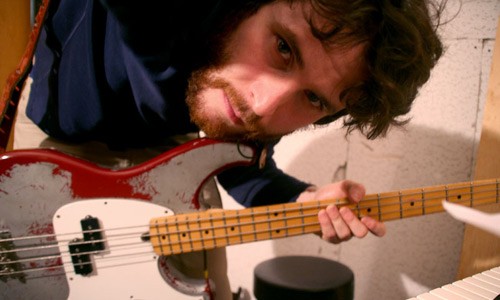 Two years after coming up with the idea, Zac Crouse is packing up his banjo, video camera and buddies to promote his debut solo record, You Plan To Do Nothing. Crouse and fellow Caledonia bandmate, Steve Gates will be VIA Railin' it to Ottawa and from there they'll film their documentary Paddle to the Ocean in the Ottawa Valley as they whitewater kayak their way east. Straying from the typical tavern route, campfires and outdoor equipment store shows maintain the nature-driven premise of the music, the documentary and its participants. "I'm just trying to inspire people to not use their vehicles as much," says Crouse. The trip honours Crouse's kayaking buddy Corey Morris, who originally helped map the tour but died paddling the Bass River in Five Islands nearly two years ago.